We appreciate the Government of Kerala’s effort in organizing Emerging Kerala Investor’s Meet. The Hon. Chief Minister and the Hon. Industries Minister have put in their effort and time to make this an important event in Kerala’s development initiatives. It was good to see nearly 3000 delegates from around the world assembling at Kochi, and engage in serious brain storming sessions about Kerala’s road ahead. Academicians, industry leaders, policy makers and investors have had detailed deliberations. It is an achievement that we could bring together individuals like Mr.Chris Gopalakrishnan, Mr. Adi Godrej, Mr. Som Mittal, Mr. Sam Pitroda, Mr. Tarun Das and Ms. Geetha Gopinath etc. We hope their thoughts and suggestions will be shared with the public. 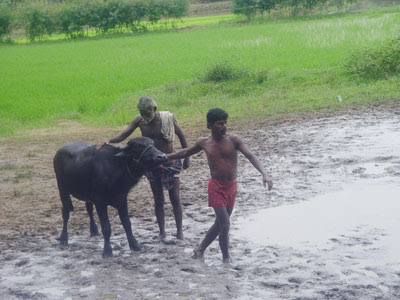 We are happy that the Government considered certain points we raised in connection with Emerging Kerala. We requested the government to take special care about three things while looking at new development projects. They are:- 1.Protection of public land, 2.Environmental protection,3. Social Acceptability and sustainability. The Government has made it clear that not an inch of public land will be transferred to private investors and all lease conditions will be strict and will be in the best interest of the state. Environmental Impact Assessment has been made a prerequisite for all projects. Government must also ensure that the projects are acceptable to the local residents and the chosen place has the carrying capacity. Internationally accepted methods and norms should be used to measure the people's feed back about a said project. No project should be forced upon a local community. Project implementation should be with the consent and support of the local residents. We thank the Chief Minister for asking the Chief Secretary to scrutinize all projects submitted by various government departments and Public sector institutions. But it is with concern that we watch certain projects rejected by the Chief Secretary reappearing in the Emerging Kerala website and put in front of investors. We suspect that it is the pressure of certain elements masquerading as agents of development that led to the reconsidering of these projects. Government must watch out with vigil and ensure that only sustainable, transparent and viable projects are given clearance. It is our prime duty to protect forest land and government land from the clutches of land grabbers and real-estate hawks. It is with great concern that we listened to the statement of Mr. Montek Singh Aluvalia, the Deputy chairman of the Planning Commission. He said that Kerala should not strive to achieve food security and land should be seen as an investment opportunity. As land value is very high in Kerala, investment in proportion to the land value should come. We strongly disagree with Mr.Montek Singh Aluvalia's statement. His statement is against the declared policy of our state and it is also against the founding principles of our nation. Agriculture is the base of life and the fields and wetlands not only ensure food security it also ensures water security. One can not put a price to agriculture land and agriculture activity which is life sustaining and the base of all human development. It is the Government’s first and foremost duty to protect every inch of agricultural land. The desire of every farmer to carry out his/her work in their sovereign land should be protected and respected. A person occupying an important position of the Vice chairman of the Planning Commission should not have made such a irresponsible and superficial statement. While we look at new areas of development with hope and enthusiasm, we should not forget the primary sectors which provide livelihood to so many millions of people. The base of our economic well being is our agriculture. If we don’t achieve impressive growth rates in this sector, the other achievements will become unimportant and irrelevant. As the father of the Nation , Mahatma Gandhi and our first Prime Minister Panditji have time and again told us, India lives in her villages and unless and until we protect and nurture our farmers no real development can come to the country. Agriculture land should be protected and the extent of cultivable land should be increased. We must become fully self-reliant in food grains, vegetables and fruits, oil-seeds, spices etc. India should become a food surplus nation. Kerala’s aim should be to contribute substantially to this effort. The newly formed Investment Clearance Board and the Emerging Kerala team must ensure that all laws, regulations and clearance formalities are followed in letter and spirit, so that the new investments are being done in the best interests of the state. One of the most important announcements that came out from Emerging Kerala is the Government’s decision to support start-ups from students and the young people of Kerala. This, we are sure, will lead to a blossoming of ideas and initiatives. Project proposals in sectors like IT, education, health etc have also created much enthusiasm and interest. It is important that we fix our priorities in the right way and then try for the state’s development and growth. Food security and water security is the base for all development. It is equally crucial that bio-diversity conservation is also given due importance in state’s policy. We must not only protect our land, we must also nurture and cherish it as the most precious heritage we have. This the only way we can work towards the dream of the Founding fathers of our Nation.

Posted by Greenthougts Kerala at 11:27 33 comments:

We wish Emerging Kerala all success 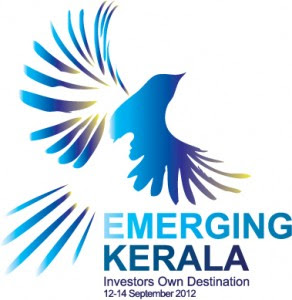 We have expressed our support for Emerging Kerala in our last post itself. This conclave of investors and industrialists from around the globe will surely give an impetus to Kerala's economic growth and development. We have put forward certain points for discussion last week. It is gratifying to know that our leadership, including the Hon.Chief Minister Sri. Ommen Chandy, KPCC President Sri.Ramesh Chennithala and the Hon. Industries Minister Sri.P.K.Kunhali Kutty have accepted those points. They have made it clear that not even an inch of government land will be handed over to private parties, all lease agreements will protect and safe-guard the interests of the state , Environmental Impact Study will be made a pre-requisite for all big projects and there will be a new Investment Clearance Board.

We have put forward some points for discussion not to criticize the investment initiative of the Kerala Government. We have initiated the discussion with a positive and open mind. It should be noted that a mere 15 to 20 per cent of all the project proposals in Emerging Kerala might have been prepared in a casual and unprofessional way. It is not correct to tarnish Emerging Kerala as a whole just by considering these projects. We do not agree with the anti-development stand of the LDF. Today the Chief Minister himself has stated that all impractical project proposals will be reviewed. We welcome this corrective measure from the Government's side. Officers and other functionaries must be urged to prepare projects with more care while putting them up for public discussion. Even if top level bureaucrats review the proposals again , it would be appropriate if the political leadership can also scrutinize the proposals again. Such a step, we are sure, will ensure that the entire initiative will be flawless.

We wish Emerging Kerala all success and pledge our cooperation and support in the Government's effort's to bring in sustainable development and inclusive growth. When projects are being implemented periodic monitoring and social,economic and environmental auditing can be done.Thus Kerala can again put forward its own developmental model to the world.

Posted by Greenthougts Kerala at 08:40 86 comments:

We support the Kerala Government’s initiative “Emerging Kerala”. It is a very positive attempt to bring in projects aimed at the state’s total development and economic growth. It is a matter of concern that, in the last three decades, Kerala could not achieve substantial growth in agricultural and industrial sectors. It is in this context that we consider it important that Kerala becomes an investment friendly state. The Government’s efforts towards this goal should be appreciated and supported. At the same time when we try for new investments and business initiatives, it is imperative that certain precautions are taken; certain checks and balances are in place. 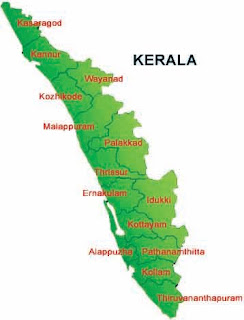 It should be noted here that not all types of industry can be brought to Kerala. The state has certain geographical peculiarities, so also have a very high density of population. These primary facts should be taken into consideration while we select projects. The government should ensure that when new investment flows in, no harm is done to Kerala’s bio-diversity, environment and priceless natural wealth. All new projects and investments must adhere to this principle of sustainable growth. Another important aspect to be considered is the status of land which will be used for new projects. Land Reforms Act, the 1980 Forest Act and all laws and regulations aimed at the welfare of the indigenous communities and primitive tribes should be followed in letter and spirit. No dilution of these laws should be permitted. Land is a precious commodity in Kerala. And the availability of land is also limited. We must ensure that all land transactions for Emerging Kerala’s projects are transparent and lawful. Public land, whether it be revenue land or forest land, should not be handed over to private investors. The control and the ownership of the land should be with the Government. All land related matters must follow the laws of the land and strict regulatory measures should be incorporated in the basic project plan itself. If land is being given in lease, very strict lease agreements must be in place. The lease amount should be in proportion with the market value of the said land and it should be renewed annually. The agreement should also ensure that the land is not being used for any other purpose other than the original project implementation. While mega projects are being cleared, all central and state laws and regulatory measures should be considered. Environmental Impact Assessment should be made a pre-requisite and qualified agencies like the Indian Institute of Science should be empanelled to carry out the EIA. Our aim should be sustainable development and inclusive growth. We hope that Emerging Kerala investment meet will put forward a new chapter in Kerala’s development.
Posted by Greenthougts Kerala at 07:41 128 comments: 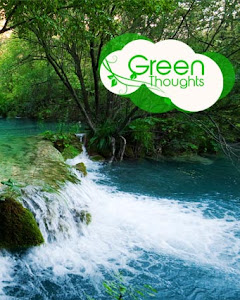